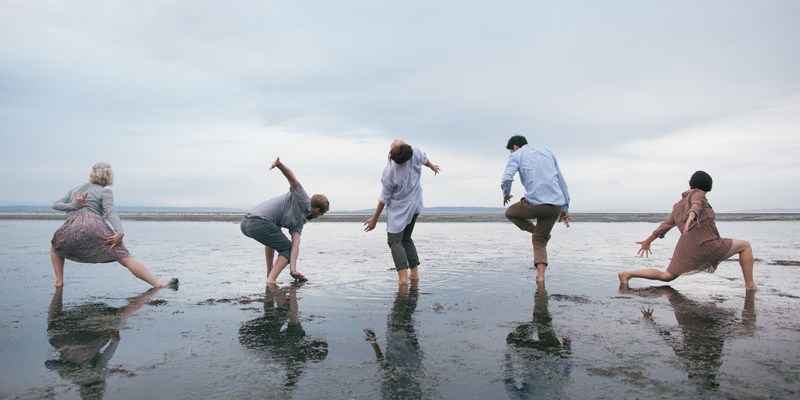 OURO is a Vancouver-based dance collective that uses urban dance vocabulary as a foundation for the creation and production of new work. The diverse dance background of each member is used as a catalyst for creation through constant exchange, dialogue and collaboration to generate an innovative movement aesthetic that aims to offer a unique experience to the viewer.

The name OURO comes from the Greek word Ouroboros, which often symbolizes self-reflexivity or cyclicality, especially in the sense of something constantly re-creating itself.

Cristina Bucci, one of the three directors of Bridge & Enrich, is a Vancouver based dancer, choreographer and teacher whose career has taken her around the globe. She started as a self taught dancer with her formal training starting as a teenager in Surrey, BC. Since then she has trained in Vancouver, Los Angeles and London, England in styles ranging from locking to jazz.

As a dance artist she has been given many opportunities to be a part of numerous exciting projects. Some highlights include the International Dance Seminar in Brazil, Dancing on the Edge, working with artists such as, Young MC, Indian opera singer Veera Devi Khare, Lil Buck and with spoken word artist Scruffmouth Scribe through Brief Encounters. She has also toured Egypt and Israel with Big Fish Management along side Lisa Brokop, choreographed for C3: CreateLAB Vortex Dome at LA Center Studios and danced hundreds of shows throughout British Columbia with urban dance crew, Project Soul through ArtStarts.

The past 16 years have also been dedicated to developing her skill as a dance educator and mentor. She acted as assistant director of training company, The SOULdiers for eight years, worked with women and children in Vancouver’s downtown eastside, was head of the outreach dance program for Kidsafe, frequently teaches workshops at elementary and high schools, as well as, more formal dance studio settings, such as the acclaimed Harbour Dance Centre.

Her new focus is on creating innovative dance works and to continue to work as the Co-Artistic Director of OURO Collective as she continues training in her new found passion for contemporary dance while still working as a registered holistic nutritionist and keep presenting her “Nutrition for Dancers” seminars to dancers of all ages.

Cristina will be leading our Brain Yoga based Hip Hop class for kids on Friday afternoons and is also offering private classes in various dance styles including Contemporary Jazz and Hip Hop. As well she is offering consulting in as a nutritionist.

Mark will be also be joining us later this year, leading a Brain Yoga–Inspired Hip-Hop class.

Mark has been fascinated by creative movement for over 12 years now. Inspired by Jackie Chan and old martial arts films; he begun practicing acrobatics and delving into bboying in 2001. As his interest developed and matured he became obsessed with music and it’s connection to movement which gave it meaning. Honest expression, self knowledge and it’s resultant creativity is to him held in the utmost importance. He believes that through these means along with a firm understanding of the history and foundation of the dances and cultures you’re involved in, you can leave your mark on the world as a dancer and artist, you shape people’s conceptions and what they perceive as boundaries, contributing to growth. Mark recently won “World Bboy Classics Vancouver” with his crewmate and represented the North West at the world finals in Eindhoven, Holland.

Mark has also been involved in creating, organizing and promoting a number of dance events in Vancouver such as: “The Floor Horsemen Present: Jam Masters Series” and “Fight Before Christmas”, “Kill Beats”,”The Unity Festival Vancouver 2013.” He was a member of Project Soul and has performed over 100 school shows all over British Columbia through Art Starts. Mark recently became part of “BlueprintForLife” a company that practices social work through hip-hop in underprivileged communities, and puts on week long workshops with 100+ kids. He is now a Senior Project Coordinator for the company and has been proactive in extending it’s work. He has been awarded the 2013 TD/Michaëlle Jean Foundation Bursary and has developed a program to continue workshops and hold community events for the Cowichan Tribes which had just declared a state of national emergency around youth suicide. Mark hopes to continue learning, teaching and exchanging on his journey through dance, making new connections and friends as well as taking on new challenges and creative pursuits.