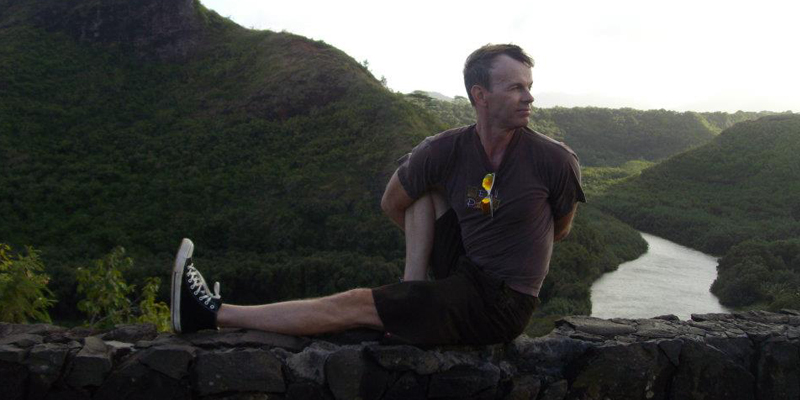 “I discovered yoga, or perhaps yoga discovered me, at the age of ten. The first poses were halasana and headstands; I remember doing them all the time in the summer and knew I was doing yoga. This led to watching an old black and white television program called “Karen’s Yoga.” Karen was a German lady with an accent who would go into bow poses and warriors and it all seemed so fascinating. Doing this outside led to the observances from an elderly neighbour from India who became my first mentor.

During my high school years, I remember being in aggressive-based physical education classes which just didn’t mesh with my focus. Yet, when it came to the stretching components of the class I excelled. My path was now leading me down a road toteaching myself the different asanas.

In my twenties, I enrolled in an aerobic instructor course with the YMCA which led to other opportunities at different clubs where again I used my self-taught yoga in the stretching components of each class. Finally, I decided this was my path and had the opportunity to study for an entire summer in the Bahamas, followed by much more intense instruction in Southern California with Brian Kest and Santa Monica Power Yoga and Eric Schiffmann.

I started the East to West Yoga Teacher Training in 2005 and have found the perfect program to continue this love of sharing yoga with others.”